THE ROLES I’VE PLAYED AND THE ONES THAT GOT AWAY 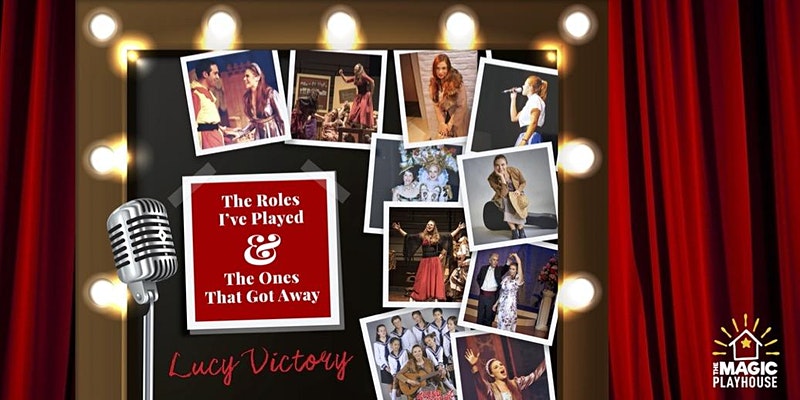 Be prepared to laugh, cry and sing-a-long to musical theatre and jazz classics, performed by a true professional.

Follow Lucy down a musical memory lane as she shares stories of a career that has had huge variety, including treading the boards of London’s West End and an international jazz tour.

Many people may know Lucy as Maria from ‘The Sound of Music’ or Nancy from ‘Oliver’, both produced by Kerikeri Theatre Company, but she began her professional performance career straight out of the London School of Musical Theatre as Mandy in ‘Theatrical Love’

From that point on Lucy had a long and varied career in Pantomimes like Cinderella and Sleeping Beauty, Jazz bands – one of which toured Taiwan, and quality musicals such as the London debut of ‘Woody Allen’s Murder Mysteries’.

But it has not always been full of high notes, like the time that, after performing one of the most difficult roles as a Swing (a person who can perform every ensemble part) for the West End production of Beauty and the Beast, she narrowly missed out on upgrading her role to the lead, ‘Belle’, because she was too tall for the costume!

Too tall, too young, too old, too busty – Just right! Lucy will share with you all the backstage stories, the trials and tribulations, the highs of her long career and the dream roles she came so close to making her own.

With an eclectic mix of the best that musical theatre has to offer, spiced up with some toe tapping jazz in an intimate Black Box Theatre setting, this one woman show will leave you in high spirits and defying gravity.