Here We Are Now Entertainment Presents

The Mother With The Hat 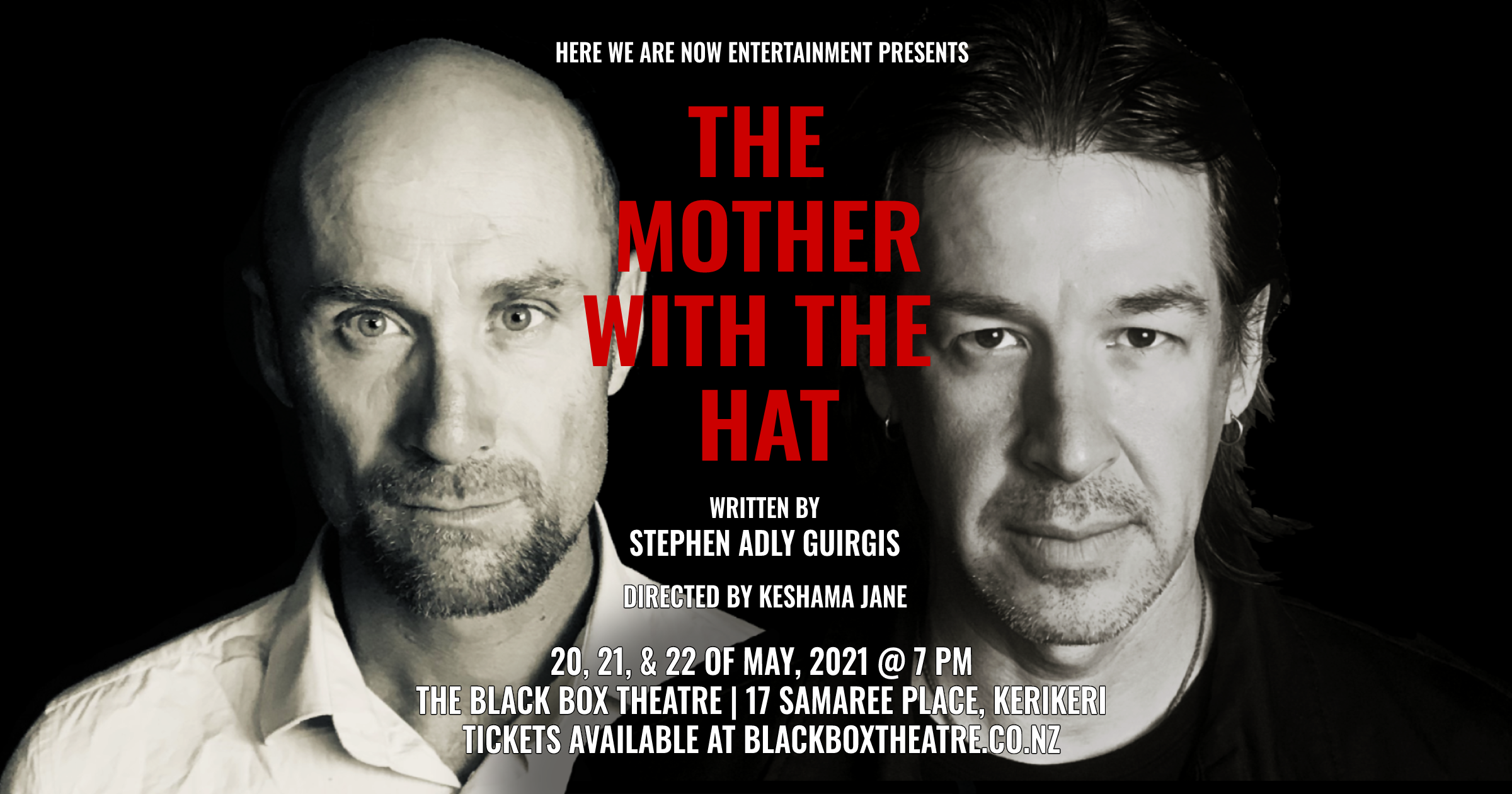 The Mother with the Hat is the story of Jackie, a petty drug dealer, who is just out of prison and hoping to stay clean with the help of his too-smooth, slightly slippery sponsor, Ralph D. Having just secured a legitimate job, Jackie turns up at the grungy apartment he shares with his firecracker of a girlfriend, Veronica, to celebrate and map out a golden future for the two of them. Jackie’s plan to celebrate his fresh start gets put on hold when he sees a man’s hat on a table and he becomes convinced Veronica has been cheating on him. Paranoid, enraged and irrational, Jackie spirals out of control as he attempts to sniff out the owner of the hat. But the truth brings painful realizations about the limits of friendship, love, and trust.

Addiction, pain, and explosive tempers are not exactly what you’d call the ingredients for a side-splitting comedy. Yet Steven Adly Guiguis has created a profane, hilarious masterpiece that earned a “hatful” of theatrical accolades. Director, Keshama Jane is excited to bring this explosive production to Kerikeri on the 20, 21, 22, 27, 28, & 29 of May, 2021, featuring John Oszajca (Jackie), Sjoerd Vink (Ralph D.), Isa Hackett (Veronica), William Henley (Julio), and Janna Sicely (Victoria).

Is the show family friendly?

Hell No! This show is completely inappropriate for young children and no one under the age of 16 will be permitted. The Mother with the Hat references drugs, alcohol, violence and sex, and contains an ungodly amount of swearing. Definitely don’t be bringing your kids to this show! And while we’re at it… If sex, drugs, violence and swearing bother you… This is not the show for you, regardless of age.

Once I order, how do I get my tickets?

After ordering you will be sent a ticket via email. Print it up and bring it along or display it via your phone at the door. Each ticket will contain a unique QR code which we will scan at the door.​

Do you offer refunds?

Unfortunately we are not able to offer refunds once a ticket has been reserved, unless a show is canceled. However, if you are not able to attend, please feel free to contact us and we will try our best to assist you with selling the ticket.

What if I can’t make the show but I’ve already bought a ticket? Can I change the date?

Can I bring my own food or drink into the show?

Outside food and drinks are not allowed. However, if you have special dietary requirements or health-related needs please contact us at info@blackboxtheatre.co.nz to make special arrangements.

Will I be able to buy food and drinks?

Where is the Black Box Theatre Located?

The Black Box Theatre is inside of the Kerikeri Theatre Company studio, which is located at 17 Sammaree Place, Kerikeri 0230.

How can I pay?

​Tickets sell for $35. We accept payments via all major credit cards as well as eftpos, using Stripe as our payment processor. Cash sales will be offered at the door, if these shows do not sell out, and it is expected that some or all of these shows will sell out fast.

If you still have questions and can’t find the answers above, please contact us at info@blackboxtheatre.co.nz. Thanks, and we hope to see you at the show!